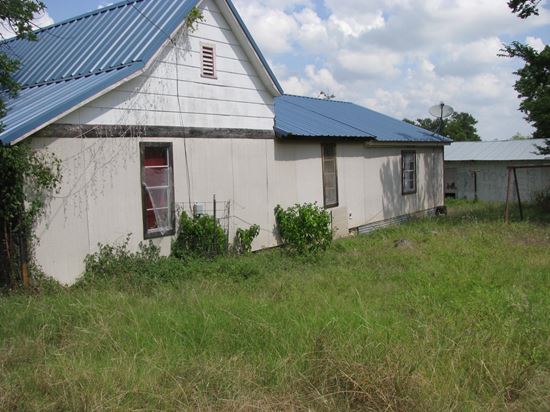 She was a sad little structure that resided behind a jungle of overgrown shrubs, vines and trees. She was abandoned and alone and lonely. As I walked around her outside walls she seemed to almost put her best on display and stand up nice and straight. I mean if it were possible for a house to do such a thing. When Jess and I got inside we were greeted by two mice, a family of geckos, and at least a dozen spiders. As I walked around the cast off belongings from the last human occupants I saw holes in walls, broken windows, green vegetation growing through window seals and a peaceful feeling rising up from my soul. 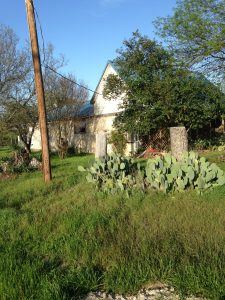 The ceilings were low, the rooms dark and the two bathrooms both sagged underneath the commodes; and in my heart I already loved her.

I decided this little dark house shrouded by heavy branches and wandering vines was so very lovable and was just begging to be saved. I think all of nature agreed which is why even the trees seemed to bend towards her to offer protection and companionship.

Because her last owner had died without a will she had fallen into foreclosure. Family members of the man that passed away had taken out of the house what they wanted and left the rest.

Jess went to see our banker and left that very day with a mortgage and a month later she was all ours. Pearlie Grace.

I’ve been wanting to tell her story for years. I know some might say it is just a house but I see deeper meaning here. A year or so ago I wrote a little snippet about a worn dip in the floor of my little jewel (you can read it here https://www.facebook.com/JoycesarahMccabe/posts/1605952293030424:0) and the statistics reported it was downloaded over fifty-thousand times. It completely blew my socks off and caused me to become temporarily slack jawed.

Until now I’ve hesitated sharing anything more about Pearlie Grace because we still are not finished. We’ve finished a nice back porch but still lack the railings and the landscaping and the driveway and there remains what is left of the building we tore down etc… but I’ve decided that I’d like to have a little more company on this journey so I’m going to start at the beginning an introduce you properly.

Thank you for sharing this with me and I hope I’ll be able to offer something useful back.